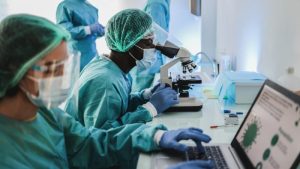 These trials, which will be conducted in Australia, will focus on Lobe’s psilocin analogues L-130 and L-131. Biotechnology will be in good hands, as the development of cannabinoid and psychedelic drugs is iNGENū’s specialty.

It’s also worth doing the research below. The Australian Federal Government’s R&D Tax Incentive Program “will provide Lobe with rebates of up to 43.5% on eligible R&D expenditure conducted in Australia,” explained Philip Young, CEO of Lobe Sciences, in a press release (PDF).

L-130 is a molecular modification of the naturally occurring psychedelic psilocin. It is still in pre-clinical testing, but with the help of iNGENū, it is expected to enter the clinical phase soon, with an initial focus on neurological, brain and mental disorders, including PTSD.

“We evaluated CROs in various geographies and selected iNGEN because their core values ​​align with ours and our commitment to discovering transformative therapies for multiple diseases and traumas of the central nervous system,” Young added in the release.