Breaking: CDC’s Public Health and Prevention Fund May Be Eliminated

House of Representatives on Wednesday, would repeal the Obamacare-funded initiative if it becomes law.

The Centers for Disease Control and Prevention (CDC) could face funding cuts of up to 12 percent if the Medicare Act passed by the US House of Representatives today (May 4) becomes law. The Affordable Care Act, often known as Obamacare, began subsidizing the agency’s Prevention and Public Health Fund in 2010. However, the American Health Care Act that would replace Obamacare does not include a universal health care provision.

John Auerbach, president and CEO of the Trust for America’s Health, said in a statement to The Scientist that “funding will decrease for organizations responsible for continuing to protect against gradually increasing risks to overall health.” In addition to rising medical expenses, there is likely to be an increase in untreated STDs, infant mortality, and a host of other preventable health problems. 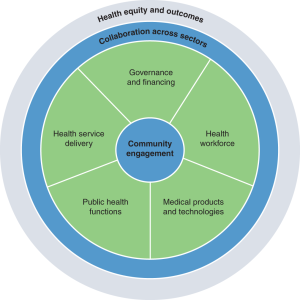 In the past, when a national medical services fee was emphasized but rarely voted for, the Prevention and Public Health Fund would have faced a similar fate. Today, the bill barely passed (217 to 213).

CDC raised roughly $900 million from the asset last year. Among other things, the money was used for initiatives such as vaccination programs, outbreak response, Alzheimer’s education, and smoking and diabetes prevention.